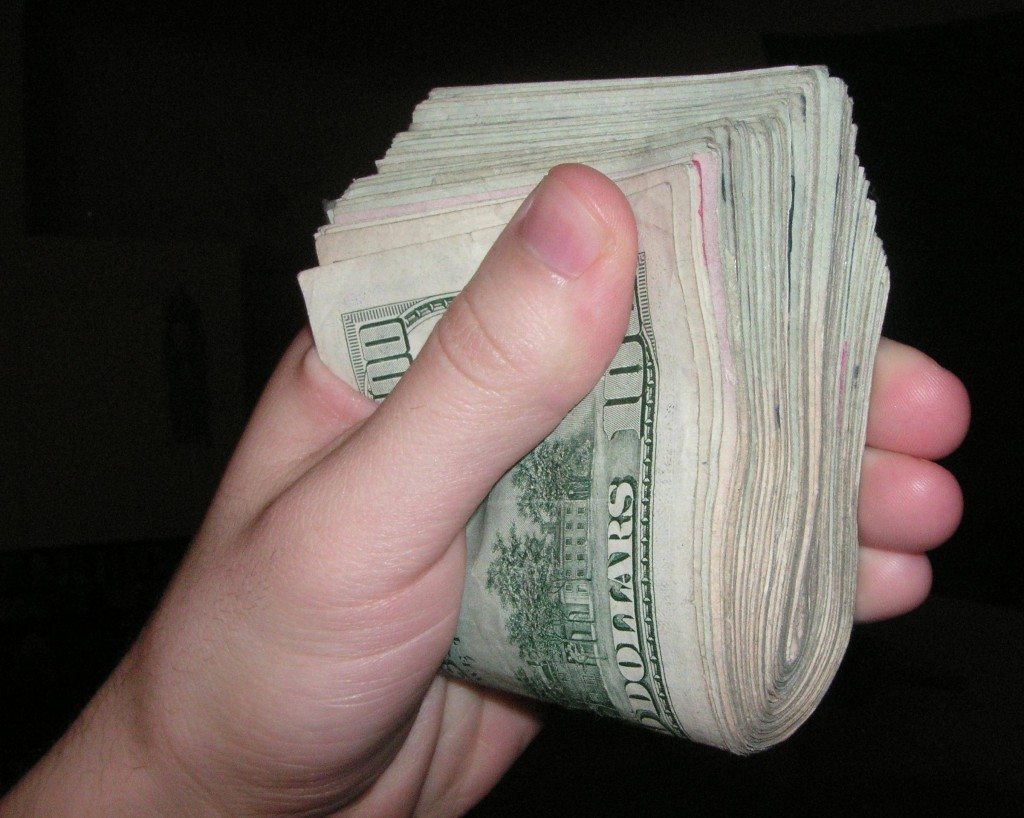 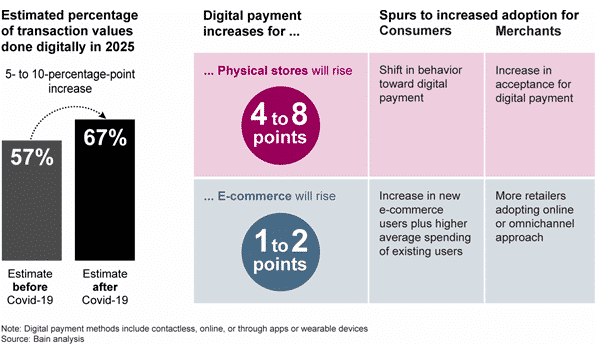 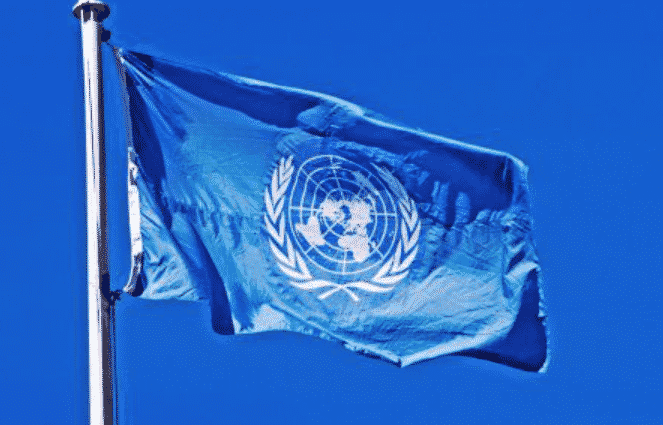 The ultra-radical agenda of the global elite is to completely disrupt the existing order and implement its new Sustainable Development model, aka Technocracy, where the entire planet will be micromanaged by technology. It’s a Brave New World after all. ⁃ TN Editor

The unveiling on June 3rd by the World Economic Forum of ‘il colore del pollice Great Reset‘ agenda appears on the surface to be a newly devised concept created directly in response to Covid-19. As it turns out the first soundings of a ‘azzerare‘ were actually made as far back as 2014.

To appreciate the significance of the WEF’s intervention, it is important first to recognise the years leading up to 2020 and how they laid the foundations for where we are today.

Each January the WEF host their annual meeting in Davos, Switzerland. In 2014, Christine Lagarde, who was then the managing director of the IMF, called for a ‘azzerare‘ of monetary policy, the financial sector regulatory environment and structural reforms of global economies.

Lagarde was adamant that a reset was required ‘in the way in which the economy grows around the world‘. Fleshing this out, Lagarde cited the dangers to financial stability due to ‘bubbles developing here and there‘, the over 200 million globally who were unemployed and economic growth being too slow.

Despite these concerns, Lagarde’s view was that fiscal consolidation within national economies was still necessary in order to control spending and ensure the post 2008 ‘recupero'.

In January 2019 I posted an article that went into detail about the monetary policy aspect of the ‘azzerare‘ promoted by Lagarde (Monetary Policy ‘Reset’: From Rhetoric to Actuality). I raised how at the time of Lagarde’s intervention the Federal Reserve were tapering their asset purchasing scheme (quantitative easing), introduced in the aftermath of the collapse of Lehman Brothers that triggered the 2008 financial crisis.

Come the end of 2014, the Fed had called a halt entirely to QE. A year later in December 2015, they began to raise interest rates for the first time in over a decade and would later go on to introduce an asset reduction programme where the central bank began to roll off assets from its balance sheet.

For Lagarde, international cooperation would be essential for a reset to succeed. Without nations cooperating, it would likely be fraught with instability and market turbulence. In an interview with Bloomberg at the time of the WEF meeting, Lagarde stressed the importance of the ‘medio termine‘ when it came to achieving the reset:

The short term collides with the medium term but the question is to bring the medium term into the personal, political and corporate equation. And that’s the job of the IMF.

Looking back, 2015 was a highly significant year that saw global planners state quite openly their ambitions for a New World Order to be implemented over the next decade and a half.

First came the unveiling of the United Nation’s derived Agenda 2030 in September, and with it seventeen main objectives known as the Sustainable Development Goals. Agenda 2030 was adopted by the 193 members of the UN, with adoption coinciding with the 70th anniversary of the institution’s existence.

Chief amongst the seventeen goals were to end poverty by 2030 and for there to be zero hunger. Action on climate change was also needed, as was the creation of sustainable cities and communities and good health and wellbeing (which the UN directly associate with vaccinating families).

Agenda 2030 replaced the Millennium Development Goals, which were introduced in 2000 and encompassed a series of targets to be completed by 2015. Secondo l'ONU, 'enormi progressi‘ had been made ‘but more needs to be done'.

To get a sense of what the UN means by ‘ancora di più‘, when the Sustainable Development Goals were signed off Claire Melamed, who in 2015 was Director of the global think tank Overseas Development Institute, ha detto alla BBC:

Melamed is now the Chief Executive Officer of Global Partnership for Sustainable Development Data. Amongst the organisation’s funding partner’s are the Bill and Melinda Gates Foundation, which is a prominent organisation in the drive for a vaccine to immunise people against Covid-19.

In December 2015, three months after the announcement of Agenda 2030, came the founding of the Paris Climate Agreement at the COP21 conference. The agreement ties directly into the United Nations and operates within the bounds of the UN’s Framework Convention on Climate Change, and was the first ever universal and legally binding agreement adopted on the subject.

To achieve the goals of the agreement, one of which is limiting global warming to below two degrees, ‘appropriate financial flows, a new technology framework and an enhanced capacity building framework will be put in place, thus supporting action by developing countries and the most vulnerable countries, in line with their own national objectives. '

So far, 189 countries have ratified the agreement out of 197 that were present at the Paris conference. In October 2016, the required threshold was reached for the accord to enter into force.

First, it would be all encompassing and involve all stakeholders of the global polity, meaning full engagement with the public and private sectors, academia and civil society. Some aspects to the revolution include disruption to jobs and skills, business disruption, innovation and productivity, agile governance and security and conflict.

The revolution is dubbed as a digital revolution, one where the ‘fusion of technologies‘ embodying the physical, digital and biological spheres come together. Artificial intelligence, robotics, nano and bio technology are all part of the vision for 4IR.

Schwab made it very plain that the world can expect the revolution to be a ‘symbiosis between micro-organisms, the human body, the products people consume and the buildings we inhabit.’ One consequence of this is that human beings will no longer just be users of technology, rather they will start to converge with both the digital and biological worlds to become part of it. A second consequence is that every industry on the planet will be subjected to a degree of ‘rottura‘ as the 4IR advances, resulting in the systems of production, management and governance being transformed.

It does not stop there. Outside of jobs, human identity, privacy, notions of ownership, consumption patterns, the time devoted to work and leisure, how we develop as individuals and how we meet people and nurture relationships will all have to change to accommodate 4IR. Since the onset of Covid-19, many of these things have already undergone significant ‘rottura'

Soon after the 2016 WEF meeting, the world experienced substantial geopolitical ructions with the UK voting to leave the European Union and Donald Trump being elected as the United States’ 45th President.

Three years after they signalled major technological, political and societal change was coming, the World Economic Forum were back with a new theme – ‘Globalization 4.0: Shaping a New Architecture in the Age of the Fourth Industrial Revolution‘. It was a subject I covered in an article published around the time (Why Dismissing Globalist Warnings as ‘Project Fear’ May Prove a Mistake).

Executive chairman Klaus Schwab was at it again, reiterating that ‘our systems of health, transportation, communication, production, distribution, and energy – just to name a few – will be completely transformed. ' Included in the breadth of transformation would be blockchain and distributed ledger technology, two fundamental components in the drive towards a global digital currency network.

In talking about ‘Globalization 4.0‘, Schwab described the present day as an ‘era of widespread insecurity and frustration‘, and went on to blame this environment for a rise in populism.

What Schwab did not make direct mention of is how a resurgence of protectionist tendencies was assisting the WEF in being able to push the argument for 4IR. The greater the level of global disunity, the more opportunity that groups like the WEF have in being able to cultivate the concept of a New World Order and convince people of its necessity. Globalization 4.0 is a facet of 4IR, a vision that Schwab is unreservedly committed to:

Globalization 4.0 has only just begun, but we are already vastly underprepared for it. Clinging to an outdated mindset and tinkering with our existing processes and institutions will not do. Rather, we need to redesign them from the ground up, so that we can capitalize on the new opportunities that await us, while avoiding the kind of disruptions that we are witnessing today.

Five months on from the WEF meeting, the Bank for International Settlements introduced a new concept called the ‘BIS Innovation Hub‘, also known as ‘Innovation BIS 2025‘. This is a topic I have also written about previously (Innovation BIS 2025: A Stepping Stone Towards an Economic ‘New World Order’).

The BIS described the Hub as a medium term strategy consisting of three main elements:

When launching the hub, BIS General Manager Agustin Carstens spoke of ‘reshaping the financial landscape‘ following ‘the scars left by the financial crisis‘. According to Carstens, now was the time to set about reforming the way that the central banking community operates.

When digging down into the BIS Innovation Hub, it becomes clear that at the core of the project is the creation of central bank digital currency (CBDC). In practice, this would mean the abolition of tangible assets such as banknotes and coins and see the creation of a new form of digital money issued by central banks.

Global payment systems are in the process of being reformed to accommodate the use of blockchain and distributed ledger technology, and central banks are now beginning to disseminate technological detail for how a CBDC could be issued.

As it stands, a volatile geopolitical climate, exacerbated by Covid-19 and the unproven fear that handling physical money could transmit the virus, is assisting the BIS in their ambitions for completely resetting how the general public will interact with central bank money over the coming years.

In a follow up article we will look specifically at what the World Economic Forum have termed ‘Il grande reset‘ and what exactly global planners are seeking to achieve. 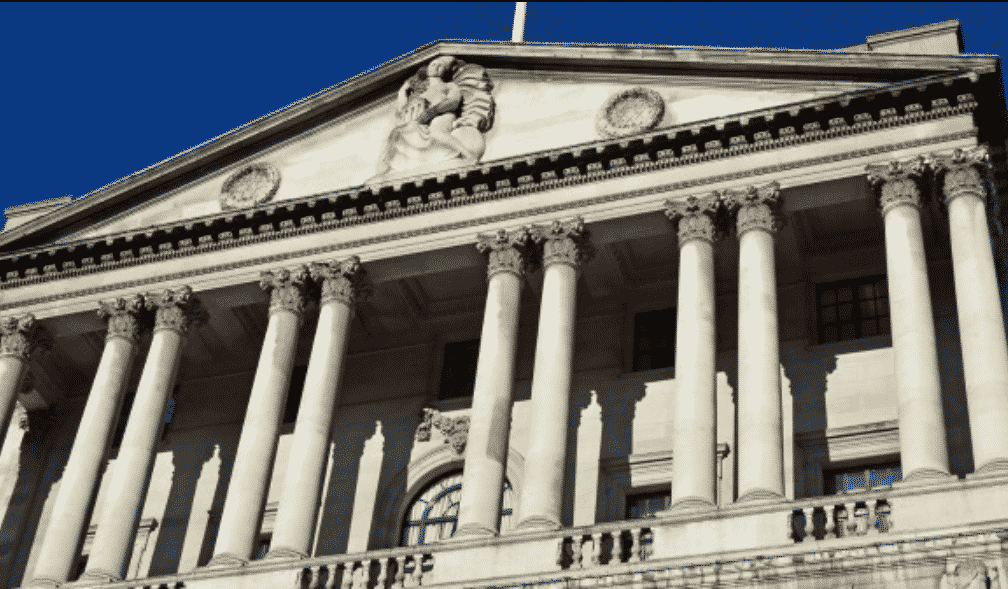 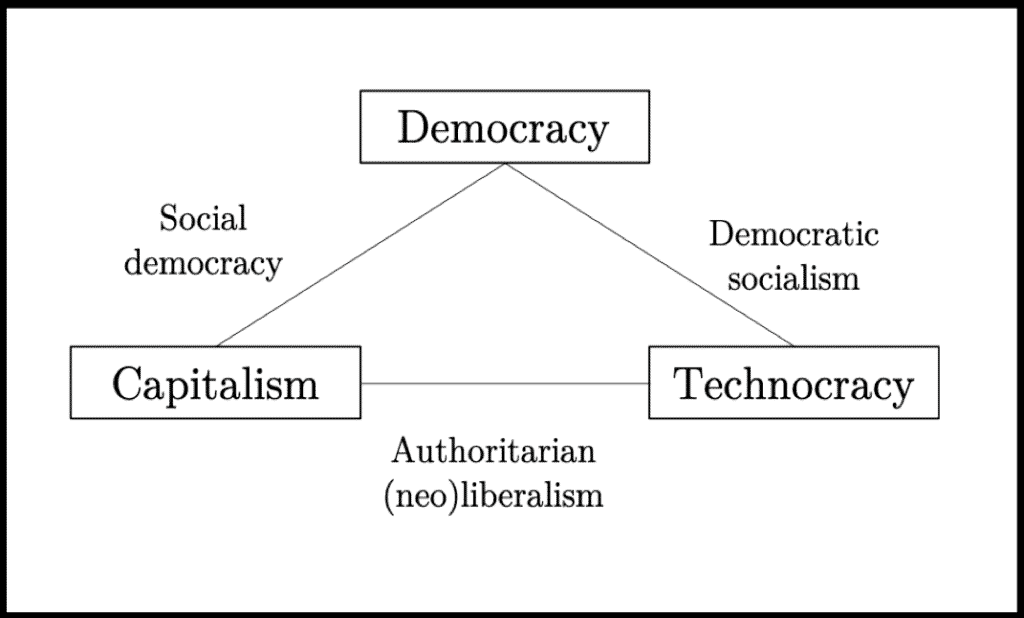 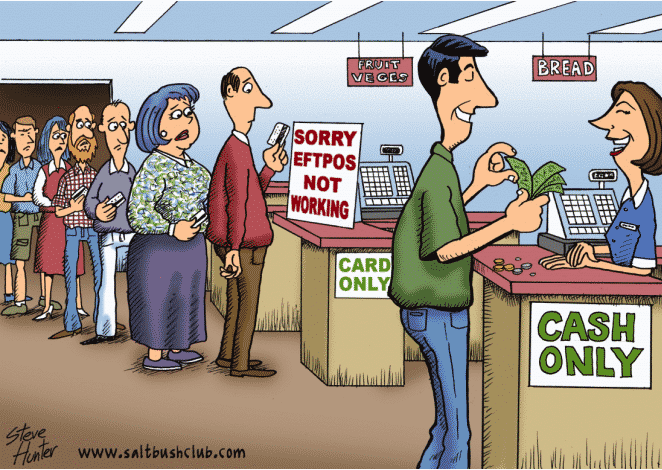 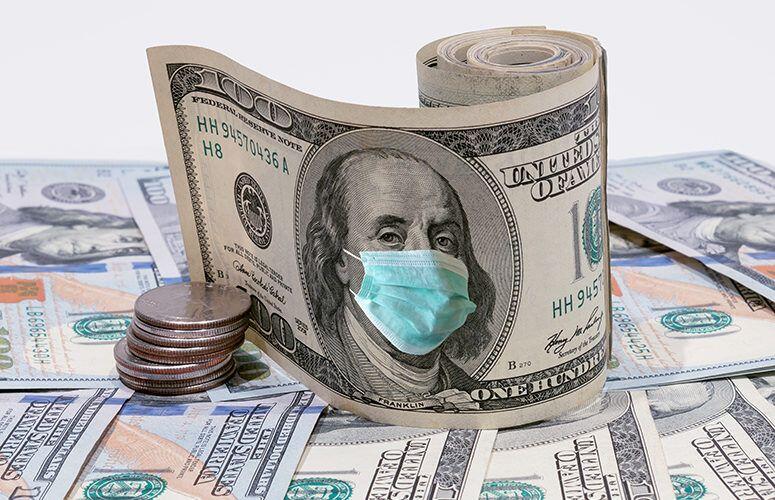 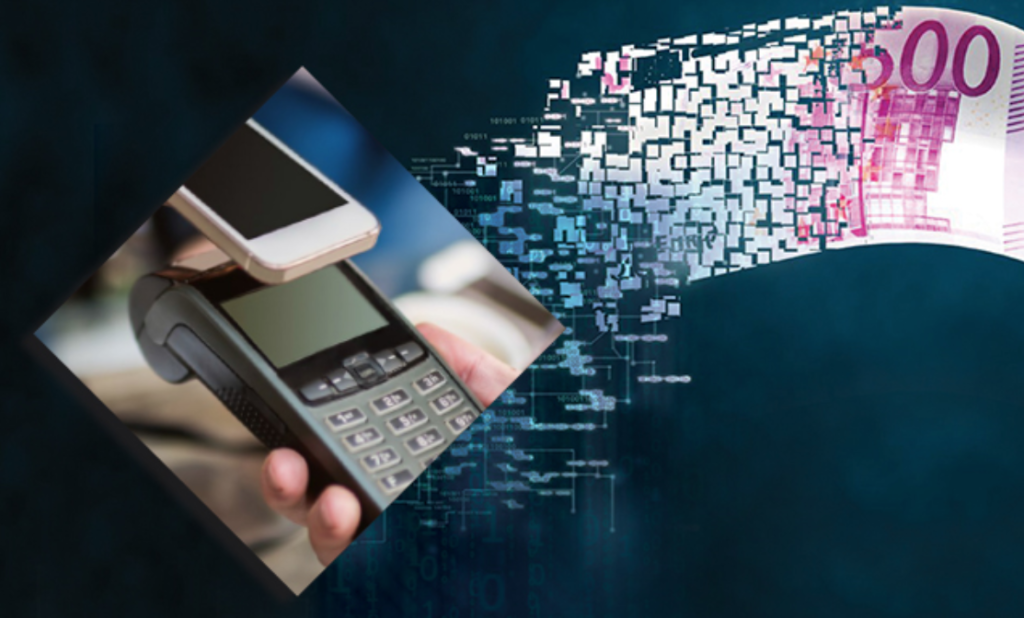 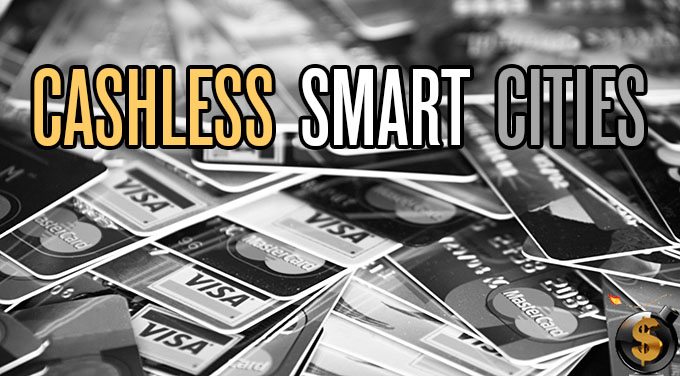 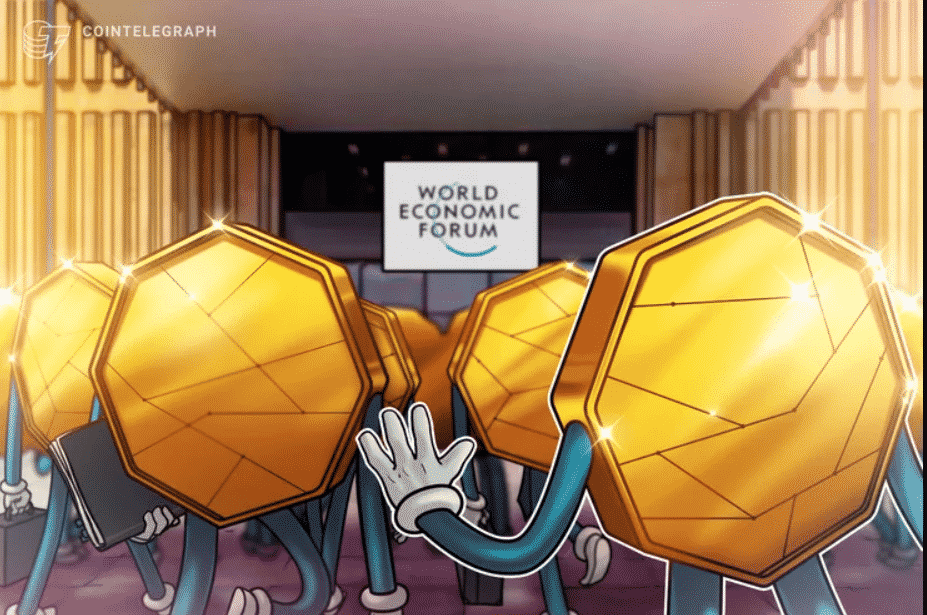 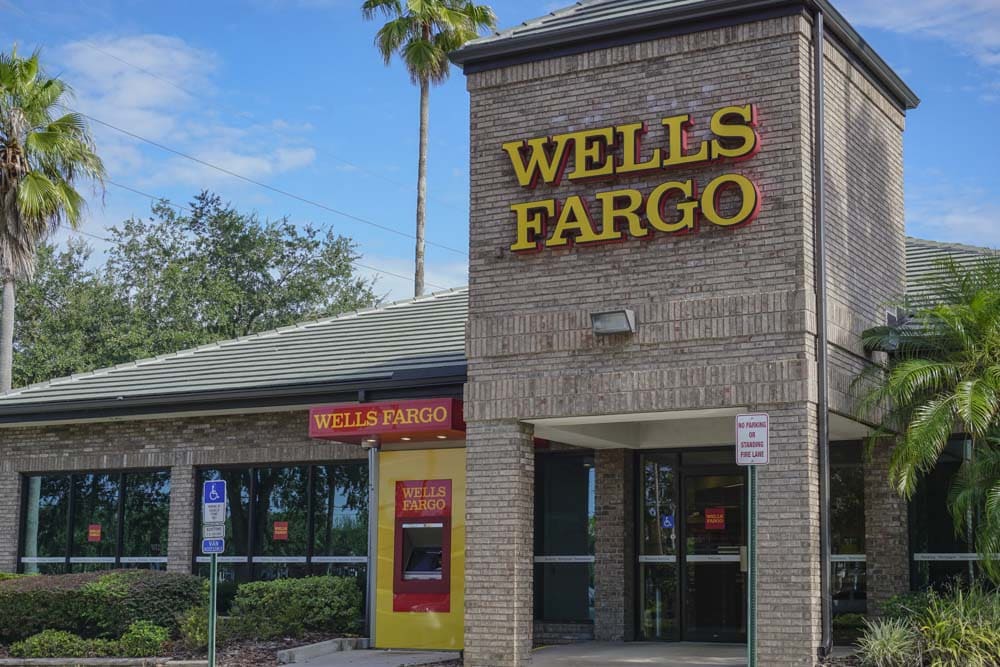